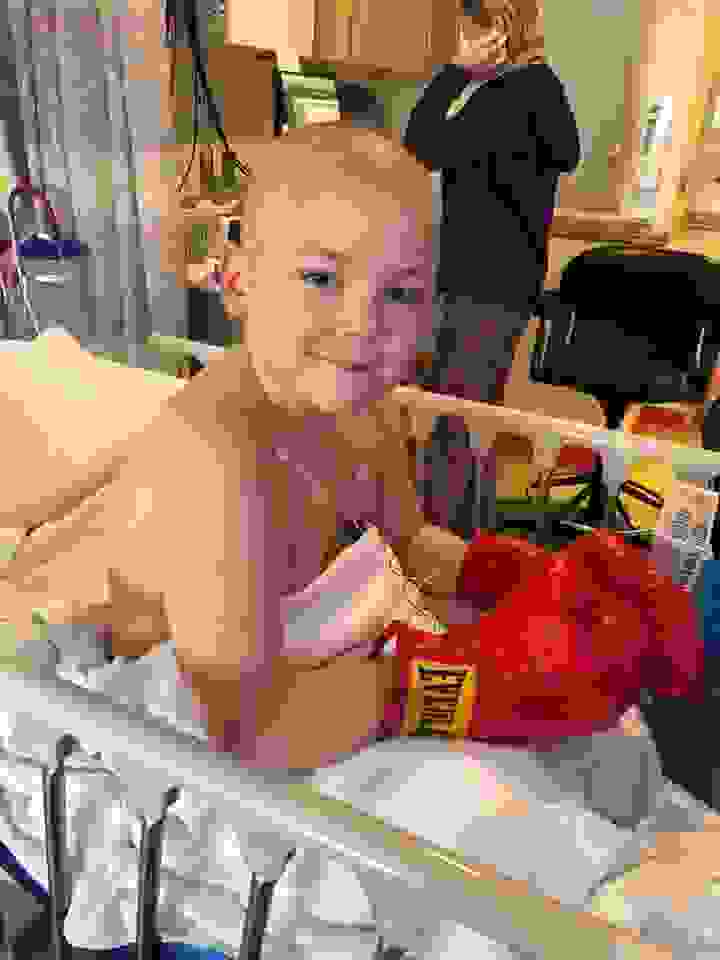 “On August 29th, 2018, our son Lane Dodson, who was 6 at the time, was diagnosed with Leukemia. We were only in the PRMC ER for about an hour before we were told he had cancer. He was then transferred by ambulance to Children’s National Hospital in DC where they conducted further testing, biopsies, port placement and then began chemo on August 31st. During this time the doctors noticed he was also suffering from high blood sugar levels. Additional testing was performed and he was diagnosed with Type 1 Diabetes. Not only was he enduring chemo, but now multiple finger pokes & insulin injections every day. Unfortunately, Lane will have type 1 diabetes for the rest of his life. This was hard on Lane, both physically & emotionally. He spent about 3 weeks in DC before finally being discharged to come home. Since then, we have been traveling to DC multiple times each month for chemo, doctor appointments and admissions. His chemo treatments will continue until November 6, 2021, after which he will continue to have follow up appointments in DC.

During a family night for diabetic children, one of the staff members approached us and stated they thought a diabetic alert dog might be a good option for Lane. As of now, Lane cannot tell when his blood sugars are getting low. They explained how a service dog would help us recognize when this is happening, as well as help calm Lane’s fear and anxiety. We discussed it as a family and decided that if Lanes oncologist & psychologist agreed it would help him, we would do whatever was necessary to get Lane the Diabetic Alert service dog. Everyone was in agreement that a service dog could make Lane's life better. We made a deposit on the service dog in December 2018, and Lane was matched with his dog in April.  Her name is Thunder and we hope to have her home by December 2019!

While a service dog will greatly improve Lane's life, it comes with a steep cost of about $15,000.00. When we were asked if we would be interested in Lane being a part of the Tangier Classic Fishing Tournament, we knew immediately that the donation funds would go to help cover Lanes dog. We are so grateful that the organizers of this event and the eastern shore community want to support Lane. I don’t know how we would have made it through this without the love and support he has received.

While lane is very limited in what he’s allowed to do right now, he’s still your typical 7-year-old boy. He loves being outside and helping with the garden, taking care of his chickens, riding horses, and playing with all kinds of animals. He also likes to play soccer, ride dirt bikes, camping, boating, and fishing. He’s very excited to fish the tournament with his dad and uncle, and we’re all excited to spend a fun weekend with people who support our boy!”

One of the goals we set for 2019 Tangier Classic was to support a local child in need. Well... The time has finally come to announce who will receive our donation! This past August, Lane Dodson’s life was flipped upside down. The 7-year-old fisherman was diagnosed with not only Leukemia but also type 1 diabetes. The Crisfield community has rallied around him to show their support. As a relative of a friend, a fellow fisherman, and a Crisfield local, we feel Lane is the perfect recipient. Please come join us while we raise funds for Lanes donation this Sept 27-29th at the Crisfield American Legion! A percentage of the tournament entries, and any money we raise at our party that Saturday night will be used for the donation. We will be selling tickets to the party for anyone who isn’t fishing and would like to join us for just $15. There will also be a small silent auction and several raffles. This will be a great time that you won’t want to miss! Please come to show Lane your support!

You can read more about Lane and his story above.

Please consider sponsoring The Tangier Classic to help this young man and his family! 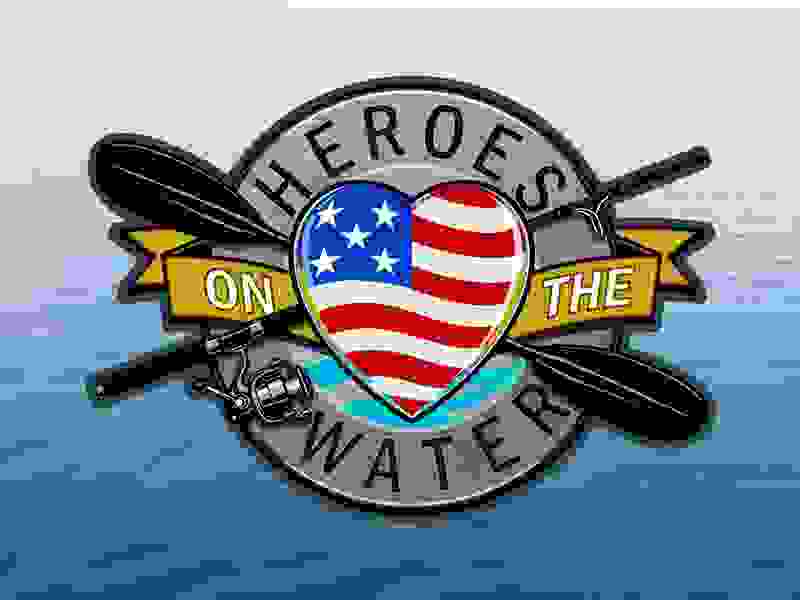 Heroes on the Water

The organizers of the Tangier Classic are very proud to announce that we have partnered with Heroes on the Water. We strongly believe in giving back to those who have sacrificed so much so that we keep the freedoms we enjoy today. We support all of our military men and women in uniform as well as police officers, firefighters and first responders. Thank you for all you do for us!!

"Heroes on the Water Maryland Chapter is proud to partner with the Tangier Classic in Crisfield Maryland this September and grateful for the opportunity to showcase our mission; To help warriors relax, rehabilitate and reintegrate through kayak fishing and the outdoors."

Heroes on the Water, a 501(c)(3) veterans charity, creates alternative therapeutic programs to serve veterans, active-duty military personnel, first responders and their families. These experimental programs incorporate structured activities proven to improve the lives of these men and women. Each experience reduces the impact of post-traumatic stress and traumatic brain injury while providing much-needed camaraderie and support. The primary proven therapy utilized by Heroes on the Water is kayak fishing.

Founded in 2007, Heroes on the Water is dedicated to providing veterans services through recurring therapy and growing our volunteer chapter base.

While showcasing our Mission, Heroes on the Water Maryland Chapter is happy to support the main beneficiary of the Tangier Classic, young Lane Dodson; through our support of the tournaments Kayak Division, additional funds will be raised for this young warrior who reminds of us all of the fight in overcoming adversity and trauma. Lane was diagnosed at the age of six with Leukemia and type 1 diabetes. The angling community is rallying around this youngster!

In addition, the Tangier Classic has provided three of our deserving veterans with overnight accommodations and a guided fishing trip during the tournament with Captain Steve Mason of Beach to Bay Guide Service.

Please look us up at heroesonthewater.org